An electrician and safety observer at a mineral processing plant were subjected to a large arc flash and blast when conducting a ‘test for dead’ verification before replacing a damaged contactor and overload fuse in a 415V three-phase pump circuit.

Fortunately, the workers were not seriously injured. The electrician sustained minor burns to his hand.

This image shows damage from the arc flash: 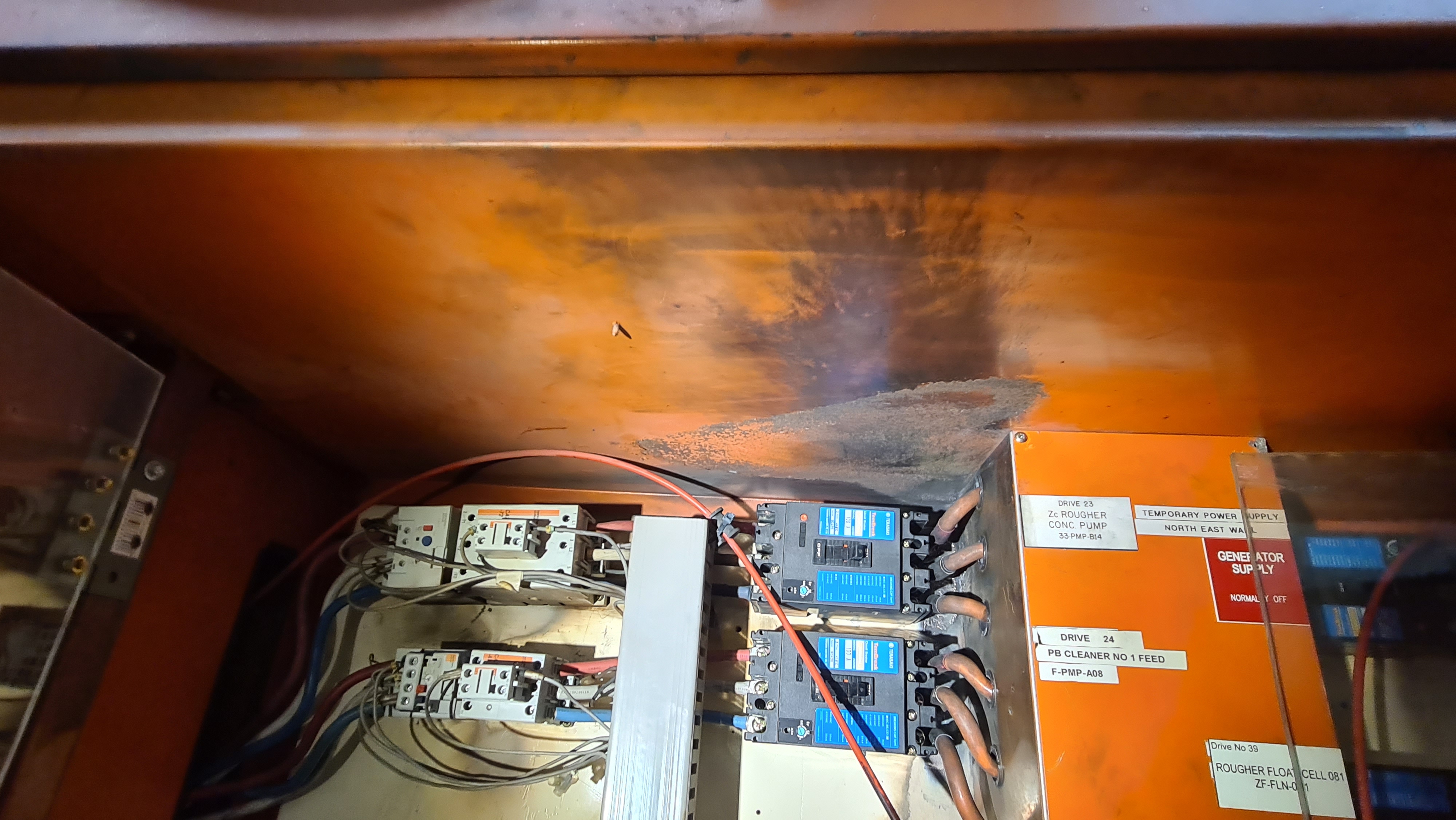 An investigation by WorkSafe Tasmania mines inspectors revealed that the following chain of events had occurred:

This image shows the failed bearing in the motor: